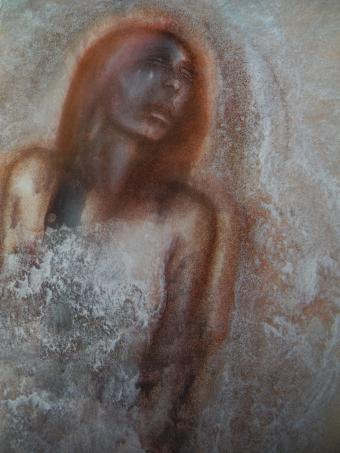 There are two kinds of shame: healthy and toxic (or unhealthy). By its very nature, shame is one of the most neglected and painful emotions we have. All of us carry a certain degree of shame.

Healthy shame is necessary to keep a balanced perspective. When we feel invincible it gently taps us on the shoulder and reminds us that we are human and not infallible. It serves to keep us safe. Healthy shame forms an important boundary preventing us from exposing ourselves to strangers until we trust them.

We run into trouble when we are not able to trust our trust. Unhealthy, toxic shame moves from being something we did, that we are not proud of, to who we are. It becomes our core identity affecting our sense of self.

According to Helen Block Lewis, unidentified or by-passed shame, in therapy is a primary reason for most failure in therapy. When it is addressed it holds a key to lasting transformation. Alice Miller refers to it as 'soul murder' because it kills off or disowns parts of the self and replaces them with a 'false self' viewed as more acceptable by others and us. This separation and hiding process ensures that the unacceptable parts or defective parts of us are never exposed or seen.

John Bradshaw defines toxic shame as an all-pervasive sense of being flawed and defective as a human being. It holds a sense of worthlessness, of failing, falling short of an idealized self. He calls it a rupture of the self with the self. The self becomes an object of its own contempt, an object that can't be trusted.

When we become full of toxic shame we become our own worst enemy, judging ourselves harshly and often extending the criticism to others who are also perceived as the enemy. We condemn ourselves to a lifetime of deception, self-rejection, criticism and suffering.

There is a shame about shame. It cannot be admitted to as readily as guilt, fear or hurt so it is isolating. A person that is full of shame often feels alone and empty.

The origins of this begin in one's primary relationships within the family. This is where we first learn about ourselves and develop our identity through the mirroring eyes of our primary caregivers. The development of our early identity depends on the health of our parents.

It is hard to talk about shame without referring to guilt. Guilt often gets confused with shame. Guilt, simply put, is a sense of wrongdoing and shame is a sense of wrong being. Guilt can be understood as a fear of punishment for going against convention, breaking the rules, whereas shame is a fear of exposure for being infinitely flawed and defective. We are not living up to a real or imagined standard, self imposed or placed there by one's beliefs in a social or religious doctrine.

Guilt, unlike shame does not reflect directly on our identity or diminish our sense of self worth. It flows from an integrated sense of values. It is a painful feeling of regret and responsibility for one's actions. It is a behavioral infraction and can be either remedied or forgiven.

There is unhealthy, toxic guilt which can be as debilitating in it's own way as shame which I will reserve for another blog.

If we lift the veil of guilt we often find shame hiding in the shadows. This is a large topic with far reaching effects on the individual's quality of life. Looking at the role that shame and guilt play in your life, be it healthy or toxic, is a path to more freedom, health, spontaneity and happiness.

It's well worth the time spent on uncovering and recovering from toxic shame and guilt. In therapy we create a space where these delicate internal parts are encouraged to return and integrate back into the self. There are no bad parts to us. Some are suffering and in need of compassion and understanding. We need to give them permission to surface and express all their thoughts, beliefs, feelings and experiences. In doing so a renewed sense of wholeness and acceptance is created and ultimately, a profound experience of self love.