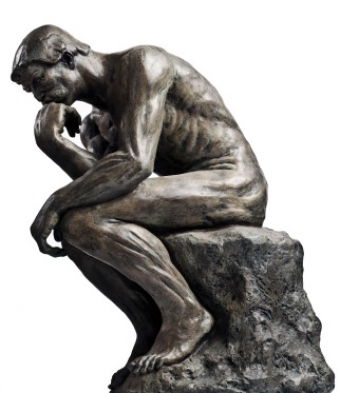 This article from NICABM on the differences between traumatic memory and everyday memories is an insightful and worthwhile read.  Neuroscience is studying, documenting and opening world of further understanding for us. Effective treatments are being developed all the time to assist those sufferings from the negative effects of traumatic memories.

Sometimes people can remember what seem like the smallest, most insignificant details of their lives – their 8th grade locker combination, a story they heard at a party years ago, or all the lines from their favorite movie.

These memories – full of facts, words, and events – are explicit memories.

But there are different kinds of memories – ones that are evoked by sights, sounds, or even smells.

For example, the smell of coffee percolating atop a gas stove could bring back Sunday afternoons around the table with beloved grandparents, aunts, uncles, and cousins.

On the other hand, being surprised by the scent of a particular aftershave, for instance, could elicit feelings of fear, panic, or even terror.

A person who was traumatized as a child might re-experience the all-too-familiar sensations of quivering in fear or breaking out in a cold sweat.

And it may have very little to do with the verbal thought process of, “Oh, this reminds me of the incident of my father hitting me.”

So let’s take a closer look at what happens when a person experiences trauma.

How Traumatic Memory Is Different from Everyday Memory

Dr. Van der Kolk: If a person was abused as a child, the brain can become wired to believe, “I’m a person to whom terrible things happen, and I better be on the alert for who’s going to hurt me now.”

Those are conscious thoughts that become stored in a very elementary part of the brain.

But what happens to adults when they become traumatized by something terrible they’ve experienced?

Simply put, the brain becomes overwhelmed. That’s because the thalamus shuts down and the entire picture of what happened can’t be stored in their brain.

“Instead of forming specific memories of the full event, people who have been traumatized remember images, sights, sounds, and physical sensations without much context.”

And certain sensations just become triggers of the past.

You see, the brain continually forms maps of the world – maps of what is safe and what is dangerous.

“The brain continually forms maps of the world – maps of what is safe and what is dangerous.”
That’s how the brain becomes wired. People carry an internal map of who they are in relationship to the world. That becomes their memory system, but it’s not a known memory system like that of verbal memories.

What that means is that a particular traumatic incident may not be remembered as a story of something that’s happened a long time ago. Instead, it gets triggered by sensations that people are experiencing in the present that can activate their emotional states.

It’s a much more elementary, organic level of a single sensation triggering the state of fear.

A person might keep thinking about the sensation and say, “Oh, this must be because it reminds me of the time that my father hit me.”

But that’s not the connection that the mind makes at that particular time.

How the Lack of Context Impacts Treatment

So what difference will it make in our work, knowing that a traumatic memory was encoded without context?

When we’re working with people who have been traumatized, it’s crucial to help them learn how to field the present as it is and to tolerate whatever goes on. The past is only relevant in as far as it stirs up current sensations, feelings, emotions and thoughts.

The story about the past is just a story that people tell to explain how bad the trauma was, or why they have certain behaviors.

But the real issue is that trauma changes people. They feel different and experience certain sensations differently.

How Talking Can Distract a Client from Feeling

Now, in helping people learn to stay with their sensations, we need to resist the temptation to ask them to talk about their experience and what they’re aware of.

This is because talking can convey a defense against feeling.

Through the use of brain imagery, we’ve learned that when people are feeling something very deeply, one particular area of the brain lights up.

And we’ve seen other images taken when people are beginning to talk about their trauma and, when they do, another part of the brain lights up.

So talking can be a distraction from helping patients notice what is going on within themselves.

Why Restoring the Sense of Time Can Make Emotions More Bearable

So our task becomes helping people to feel those feelings of threat, and to just notice how the feelings go away as time goes on.

The body never stays the same because the body is always in a state of flux.

It’s important to help a patient learn that, when a sensation comes up, it’s okay to have it because something else will come next.

This is one way we can help patients re-establish this sense of time which gets destroyed by the trauma.

“Once a patient knows that something will come to an end, their whole attitude changes.”
Sensations and emotions become intolerable for clients because they think, “This will never come to an end.”

But once a client knows that something will come to an end, their whole attitude changes.