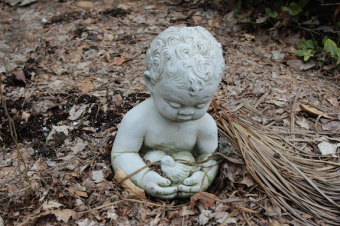 Pema Chödrön shares her insights into unforeseen change, loss and the fear, taken from brainpickings.org

Writing in that Buddhist way of wrapping in simple language the difficult and beautiful truths of existence, Chödrön examines the most elemental human response to the uncharted territory that comes with loss or any other species of unforeseen change:

Fear is a universal experience.

Even the smallest insect feels it. We wade in the tidal pools and put our finger near the soft, open bodies of sea anemones and they close up. Everything spontaneously does that. It’s not a terrible thing that we feel fear when faced with the unknown. It is part of being alive, something we all share. We react against the possibility of loneliness, of death, of not having anything to hold on to. Fear is a natural reaction to moving closer to the truth.

If we commit ourselves to staying right where we are, then our experience becomes very vivid. Things become very clear when there is nowhere to escape.

This clarity, Chödrön argues, is a matter of becoming intimate with fear and rather than treating it as a problem to be solved, using it as a tool with which to dismantle all of our familiar structures of being, “a complete undoing of old ways of seeing, hearing, smelling, tasting, and thinking.” Noting that bravery is not the absence of fear but the intimacy with fear, she writes:

In essence, this is the hard work of befriending ourselves, which is our only mechanism for befriending life in its completeness. Out of that, Chödrön argues, arises our deepest strength:

Only to the extent that we expose ourselves over and over to annihilation can that which is indestructible be found in us.

Things falling apart is a kind of testing and also a kind of healing. We think that the point is to pass the test or to overcome the problem, but the truth is that things don’t really get solved. They come together and they fall apart. Then they come together again and fall apart again. It’s just like that. The healing comes from letting there be room for all of this to happen: room for grief, for relief, for misery, for joy.